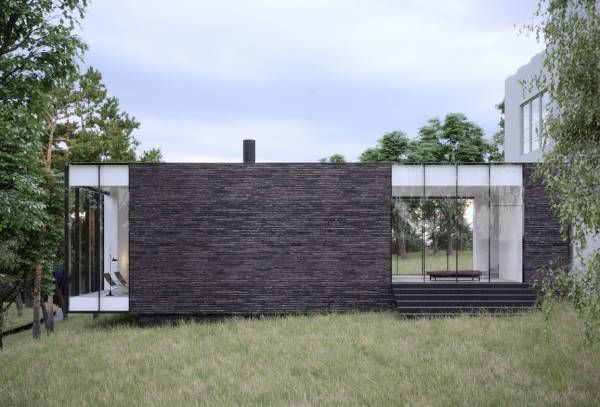 While growing up, the client passed by Villa Rockwood many times. In creating the new Villa Rockwood, the emphasis was on preserving the memory of the old house by creating an extension that would not obscure the origins, although it is almost twice the size of the original building.
The house, which was constructed in the 1880s with a woodchip facade, was renovated in the 1930s and given a plaster facade. It has an almost filmic setting at the bottom of a garden on the highest part of the plot and stands out by virtue of its verticality and height.
The extension stands in contrast to the original house and unfolds horizontally. The single-storey volume forms a wall that frames the garden and sets it apart from the northern wooded part of the plot, which ends in a steep slope. The extension also contrasts with the original house with regard to materials. It is made of reduction-fired brick and features towering vertical window sections in contrast to the light grey plaster of the original house with its traditional window distribution.
The extension consists of four staggered volumes of different sizes. The four volumes contain the main bedrooms and the large living room. In the old house, the ground floor contains a spacious kitchen and a dining room, while the upper floor has a library and workspace. 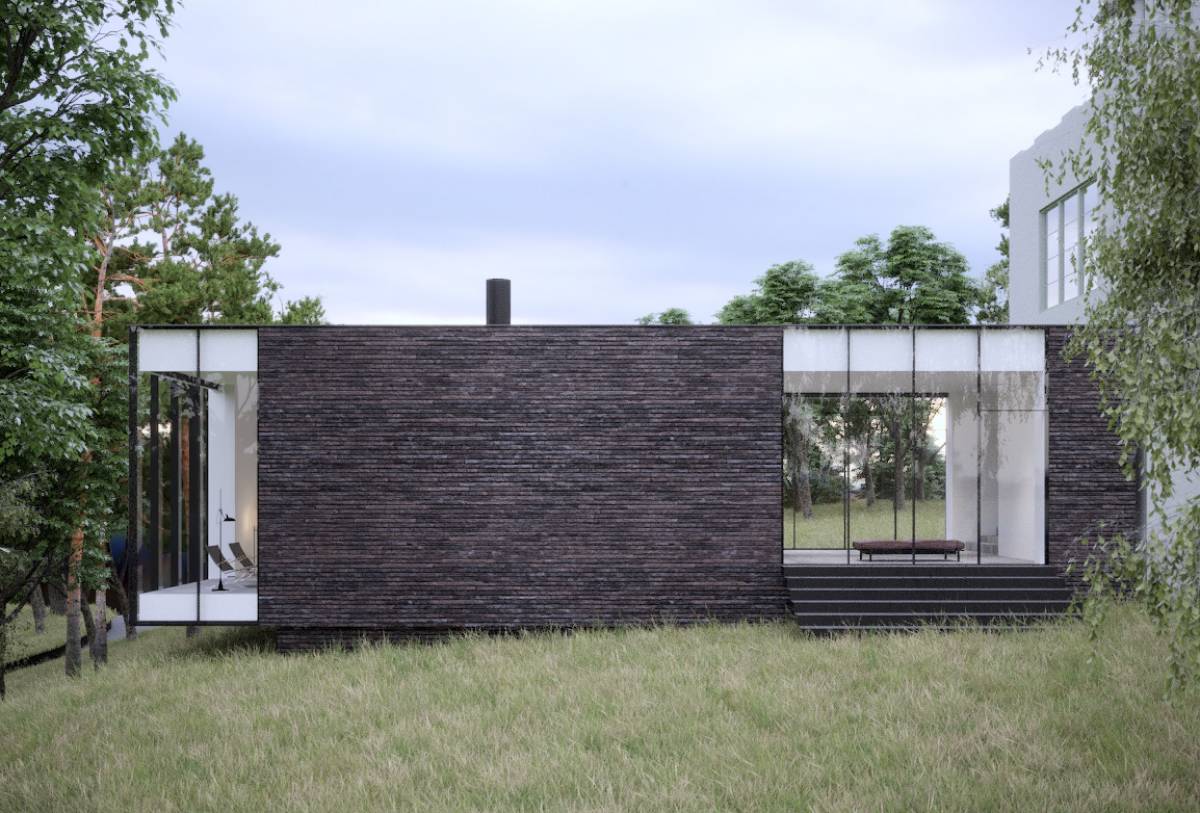 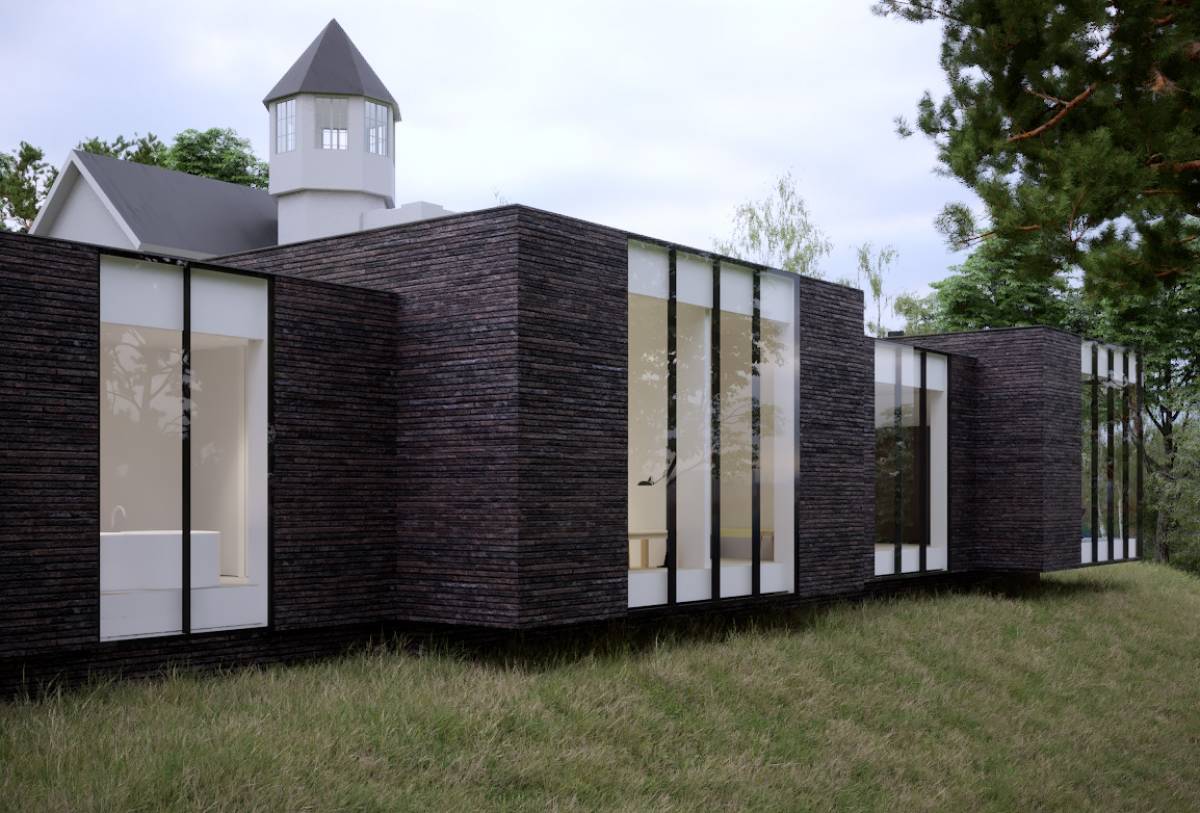 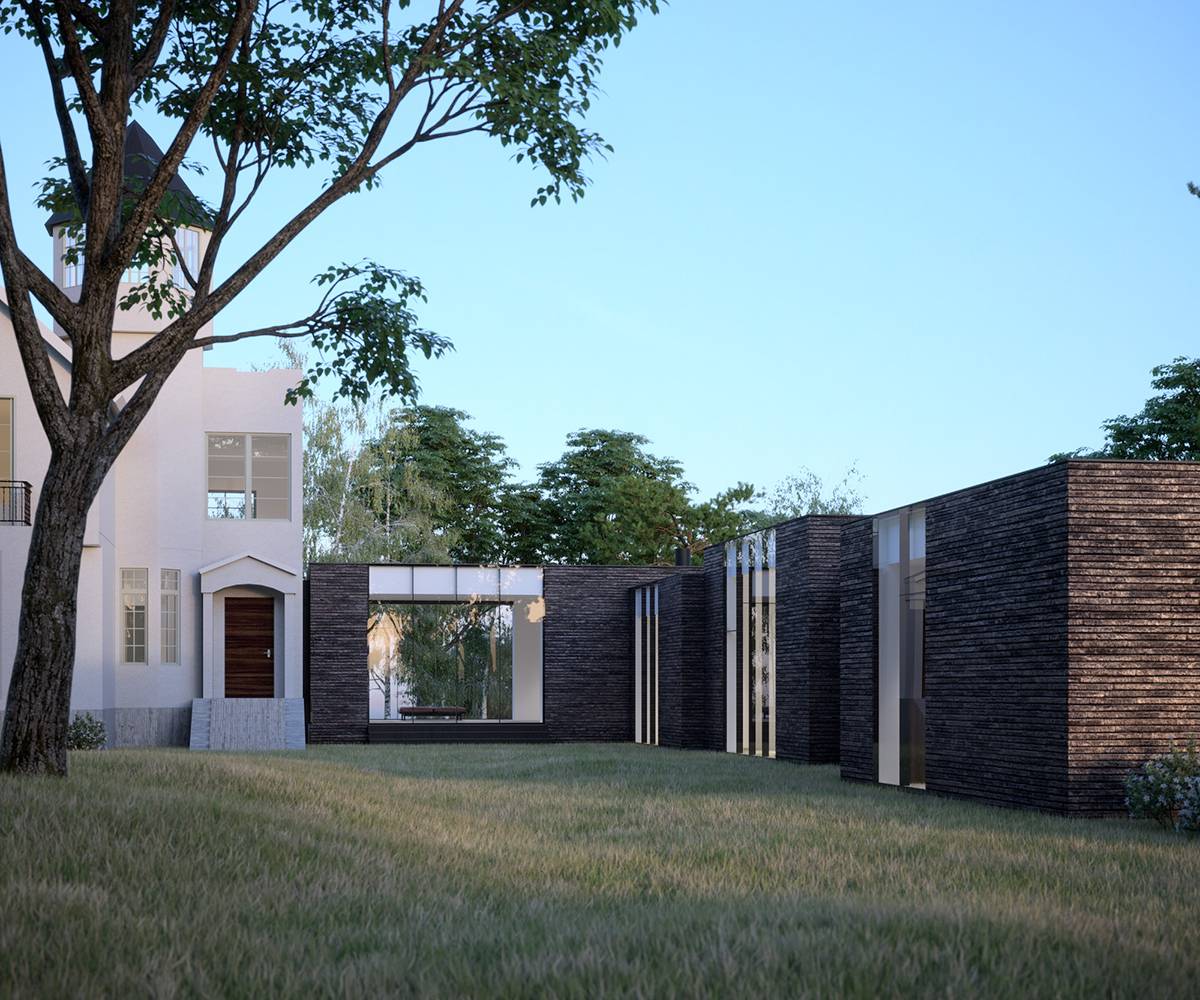 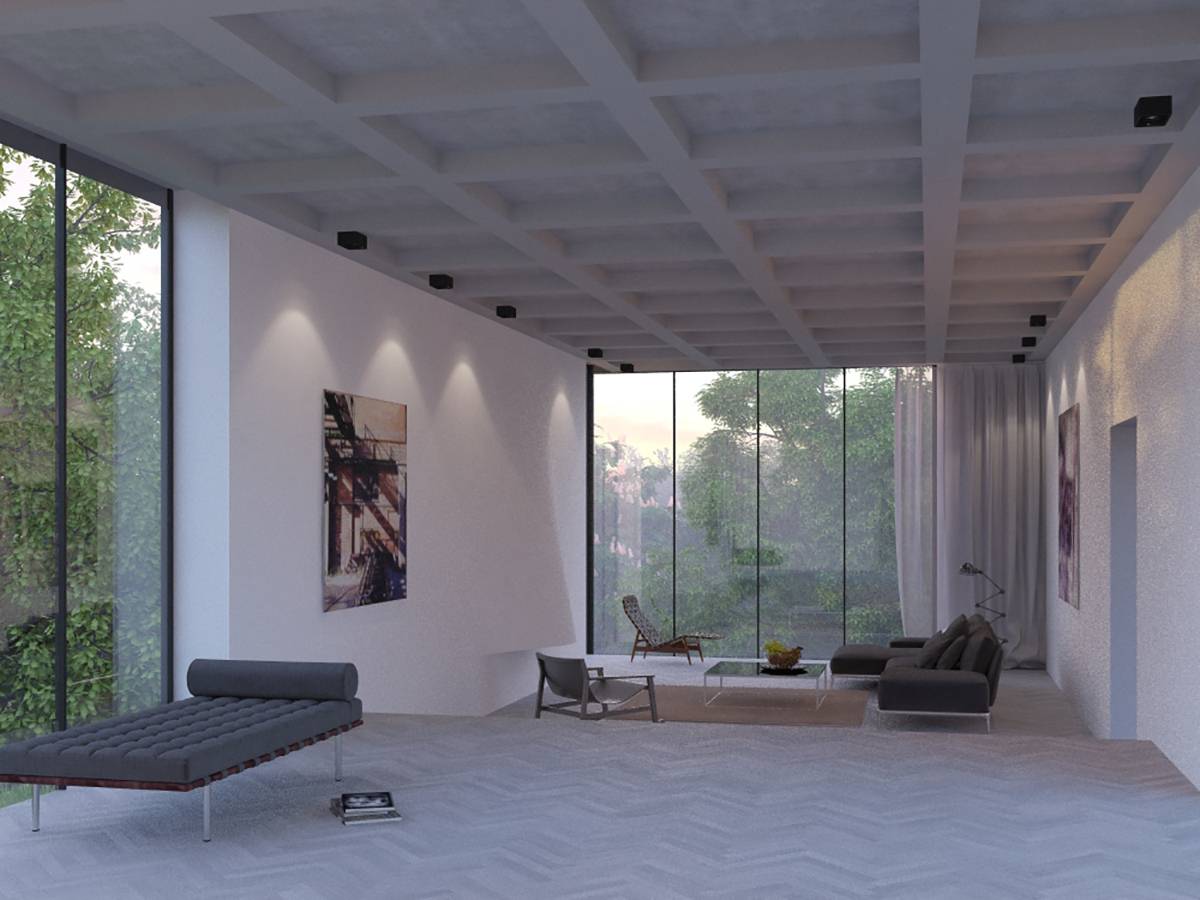 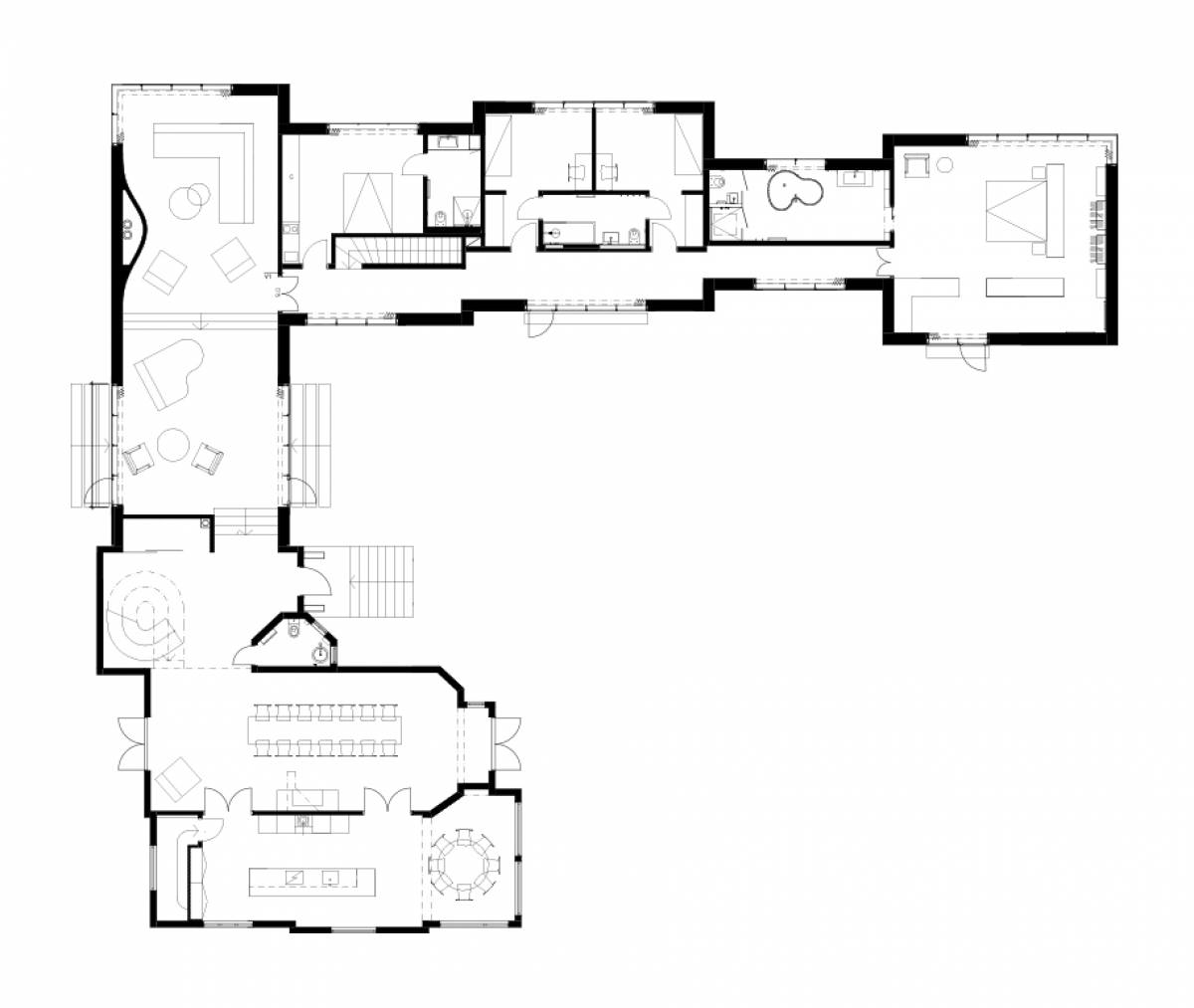